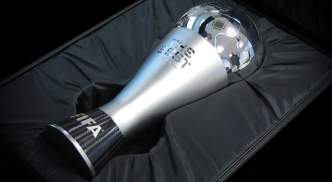 FIFA has announced the 11 players who have been shortlisted for The Best FIFA Men’s Player award in 2020.

The world governing body announced their nominees on Wednesday, and with France Football announcing there will be no Ballon d’Or this year, the award has more significance than usual.

The list is dominated by Liverpool players, although Thiago Alacantara’s nomination was based off his performances last season at Bayern Munich, rather than at his new club.

Of course no list of this kind could ignore Lionel Messi, who won last year, 2017 winner Cristiano Ronaldo, and Neymar, who has also been a regular nominee.