Sundowns Too Good For Gallants 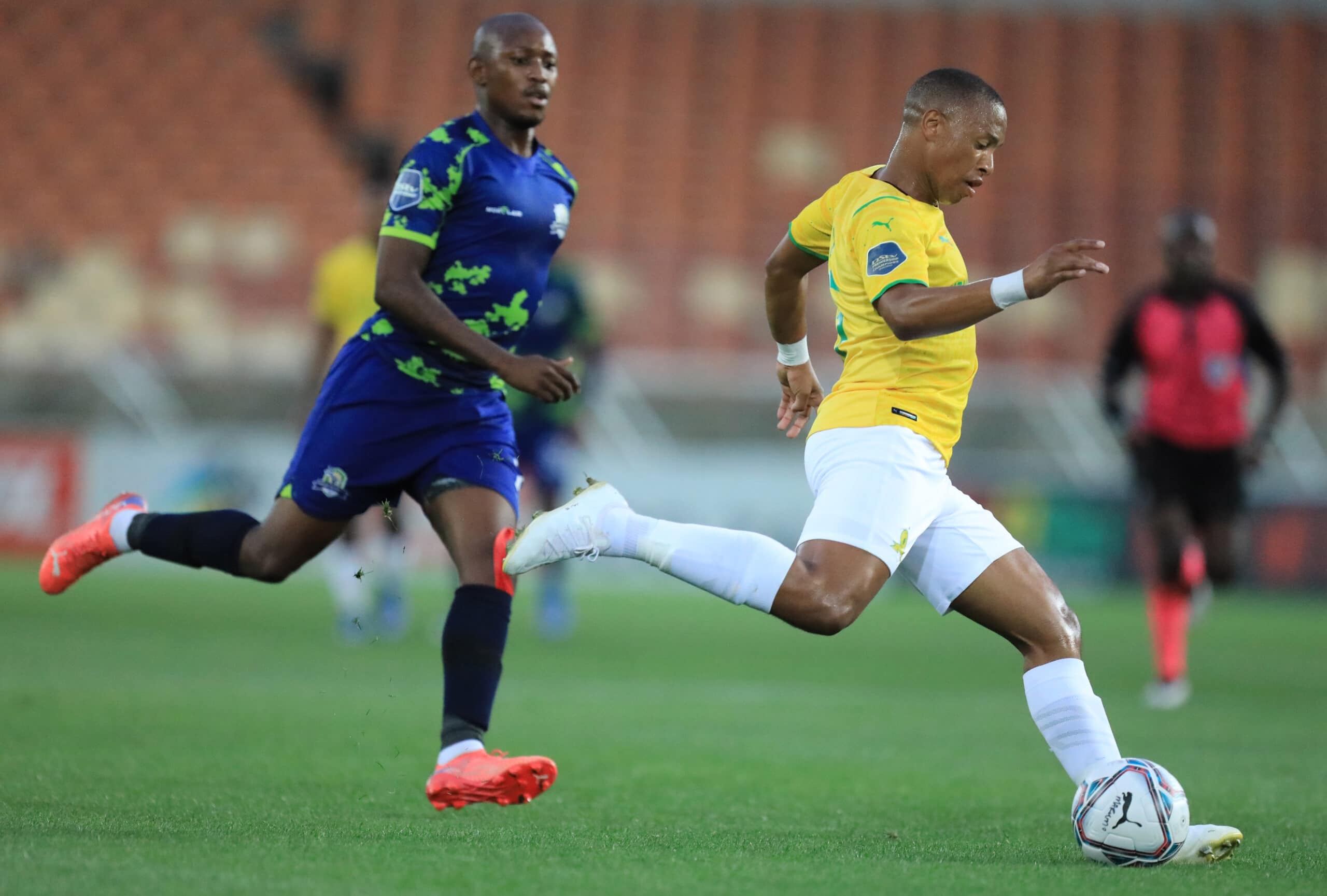 Mamelodi Sundowns marched on as they beat Marumo Gallants 4-0 at the Peter Mokaba Stadium, as five DStv Premiership games were played on Sunday.

It was also another record for the log leaders, who have now gone 22 consecutive away games unbeaten.

Peter Shalulile had the ball in the back of the net in the 12th minute, but it was disallowed for a foul by Mosa Lebusa just before the Namibian struck home.

Ndabayithethwa Ndlondlo was off target for Gallants in the 15th minute, as was Sphelele Mkhulise at the other end five minutes later.

But Sundowns were in the lead in the 24th minute, as Themba Zwane scored a great goal from just outside the area after great build-up play by the team.

Neo Maema went close in the 32nd minute, after being set up well by Pavol Safranko, but the former Bloemfontein Celtic man’s effort struck the upright.

The league leaders dominated the first half, but weren’t able to add to their one goal leaf when the whistle blew for half-time

Maema’s effort from a free kick in the 53rd minute went narrowly wide, as Sundowns continued to dominate the game.

But Gallants could have equalised on the hour mark, Mpho Mvelase having a great chance, but he blasted over from close range. Celimpilo Ngema’s long range effort five minutes later was always going wide.

Reyaad Pieterse was called into action in the 70th minute, saving well to deny Sede Dion on the turn, while Thabo Mnyamane went high and wide from a free kick in a dangerous position in the 75th minute.

But it was Sundowns who would add to their scoreline, and it was that man  Shalulile, with his 7th league goal of the season. A good assist from the industrious Maema.

Safranko made it 3-0 in the 87th minute, as the Slovakian striker was in the right place in the right time to finish off from close range.

And they weren’t finished as Shalulile added his eighth of the season in the 90th minute, knocking in a good cross from Zwane.

AmaZulu picked up an important win as they beat Cape Town City 2-0 at the Moses Mabhida Stadium.

Benni McCarthy’s team grabbed the lead in the 24th minute as early substitute Augustine Mulenga headed in a great cross from Thabo Qalinge.

It was a tightly contested first half, with both sides also hitting the woodwork, but just before the break Usuthu increased their tally as Mulenga got his second to make it 2-0 at half-time.

And while City applied a lot of pressure in the second half, Usuthu stood strong and held onto their lead for an important three points.

Earlier in the day Chippa United and Maritzburg United couldn’t be separated and played to a goalless draw at the Nelson Mandela Bay Stadium in Gqeberha.

Despite being reduced to ten men in the first half, Royal AM managed to hold out and draw 1-1 with Baroka at the Chatsworth Stadium.

Baroka grabbed the lead in the 12th minute thanks to a well struck shot from Bayzel Goldstone. However the in-form Victor Letsoalo found his seventh goal of the season, when Oscarine Masuluke was unable to stop his shot from the left, to make it 1-1.

Just  before half-time Royal AM were reduced to ten men after Given Mashikinya was shown a straight red card for a foot up that struck Kgodiso Monama in the head.

However despite the man advantage, Baroka were not able add to their tally in the second half, and both teams had to settle for a point.

The match had been looking to be heading to a draw before Prince Nxumalo grabbed the winner just before full time.