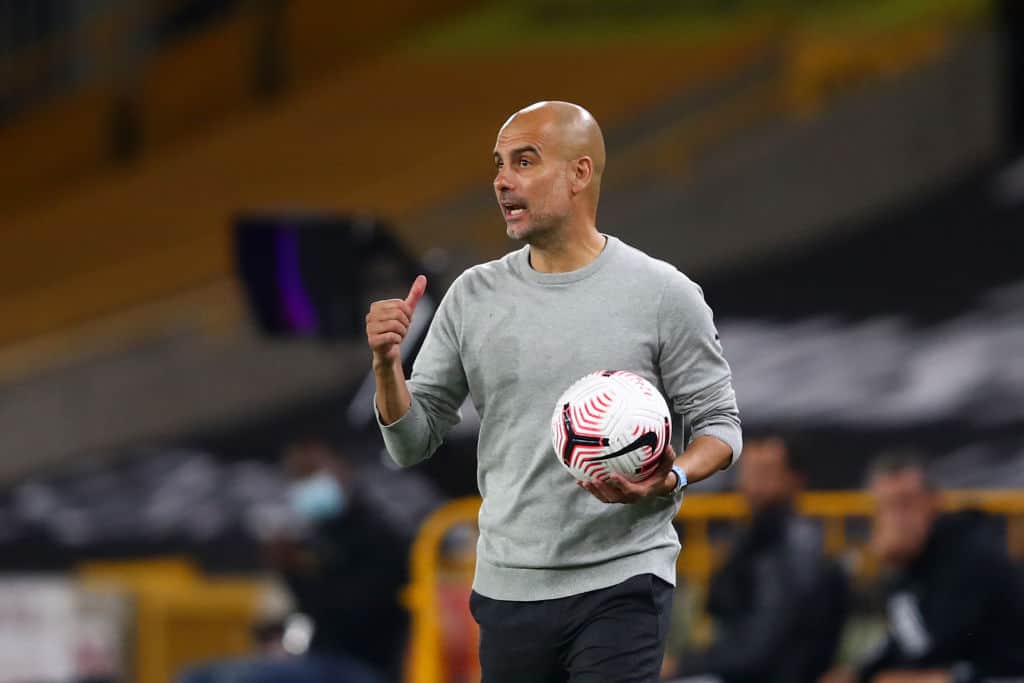 After their 1-0 victory over Brighton & Hove Albion, Manchester City Manager Pep Guardiola had high praise for their opponents, and he was impressed by debutant Percy Tau.

Guardiola has often showed his admiration for Seagull’s Manager Graham Potter, and he said Brighton are a team that he wouldn’t have minded playing for in his playing days.

He feels they just need to start scoring more goals.

“We were in front of the best English manager right now, you have to be a top side to play that way,” Guardiola was quoted as saying after the game by the Independent.

“I am more than delighted to [have possession of] the ball, most of the time in the game. The quality they have, they show it. They have good players, good build-up.”

“The two central defenders, Dunk and Webster, are fantastic.”

“Every pass makes sense. Their movement between the lines up front makes sense. Every player is in his position to get the ball and be free.

“The people up front are so fast, with Tau, Maupay, until the last minute.”

“They are struggling to score goals, that’s why they are in the position.”

“Last season, when we played away, we had already qualified for the Champions League. We were relaxed, they were struggling and felt the pressure.”

“As a spectator, I like to watch these teams. I like watching Brighton play. I recognise it. When I was a football player, I would love to play in this team.”