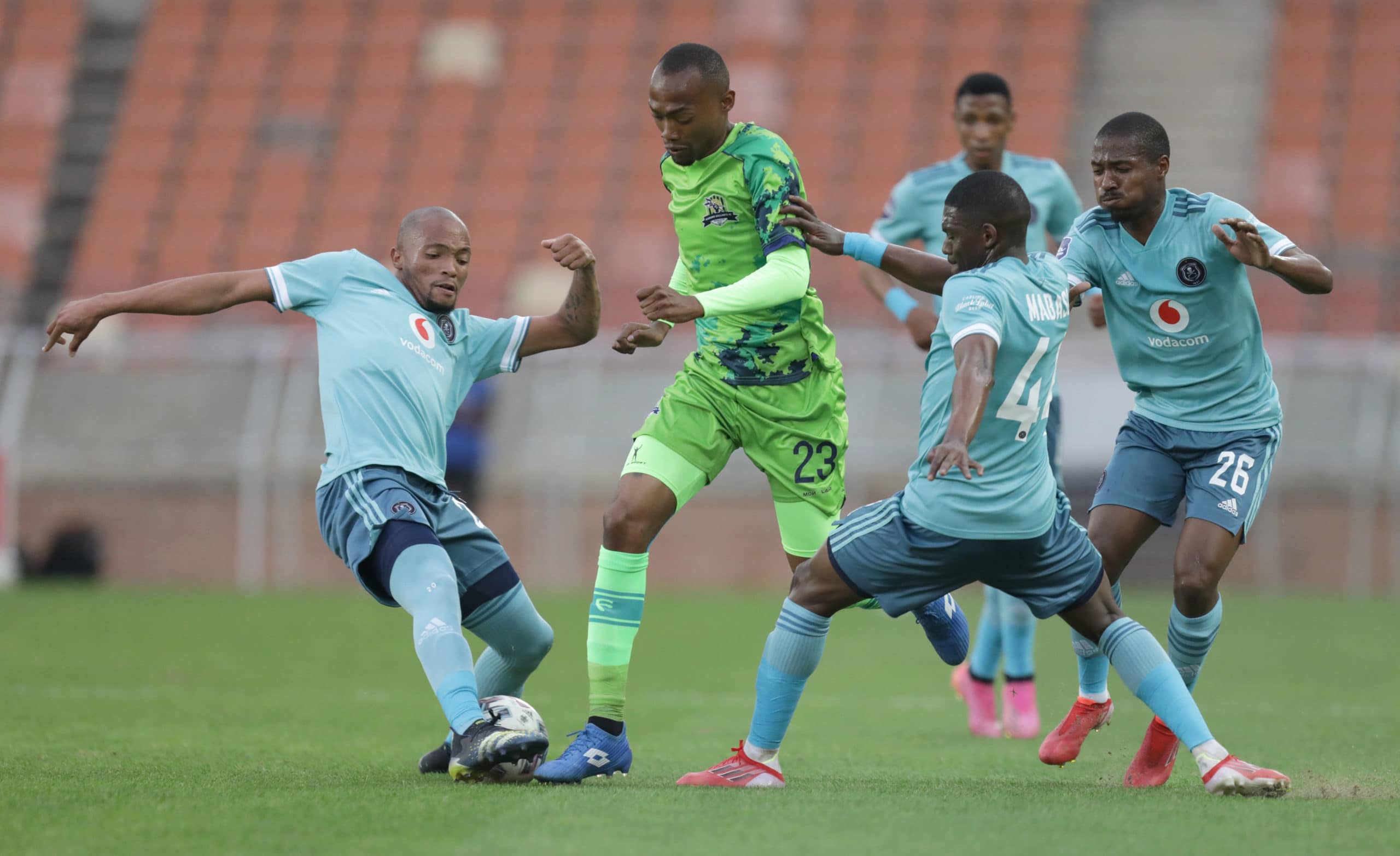 It was a night of goalless draws as Marumo Gallants frustrated Orlando Pirates, while Chippa United held Mamelodi Sundowns as two DStv Premiership fixtures were played on Tuesday evening.

Mamelodi Sundowns and Chippa United played to a goalless draw at the Nelson Mandela Bay Stadium.

It was an interesting battle in the first half, but it was also a half with very few chances, though Peter Shalulile was off target in the 27th minute, as was Aubrey Modiba’s long range attempt five minutes later.

But at halftime Gavin Hunt’s team would’ve been the happier side, as it remained goalless.

Shalulile was on target in the 50th minute with a header, but Rashid Watenga made a routine save, while Neo Maema volleyed over four minutes later.

Gaston Sirino came off the bench and tried a long range effort in the 66th minute, but it went wide of goal, while Watenga wasn’t challenged by the Uruguayan’s effort four minutes later, nor by his long range attempt in the 78th minute.

Sundowns continued to press for a winner, but were unable to break the deadlock, though will be pleased to have not allowed the home team a single shot at goal.

Pirates had an early chance through Gabadinho Mhango, but Washington Arubi denied him with a solid save. Ndabayithethwa Ndlondlo had a chance for Gallants in the 17th minute, but it was off target, as was Nkanyiso Zungu’s attempt at the other end six minutes later.

New Gallants signing Sede Dion headed wide in the 25th minute, and three minutes later Kabelo Dlamini was off target for Pirates. Celimpilo Ngema also couldn’t find the target as another chance fell for Gallants on the half hour mark.

With the radars off, it remained goalless at the break.

The momentum looked to be swinging in Pirates direction, and Zungu tried again in the 58th minute, but his shot from outside the box was wide.

Gallants got their first chance of the second half in the 64th minute, but Ngema’s effort was just wide of goal.

Deon Hotto had a great chance in the 77th minute, but Washington Arubi got down well to save at his feet, while Arubi made a straightforward save in the 85th minute from the Namibian’s long range attempt.