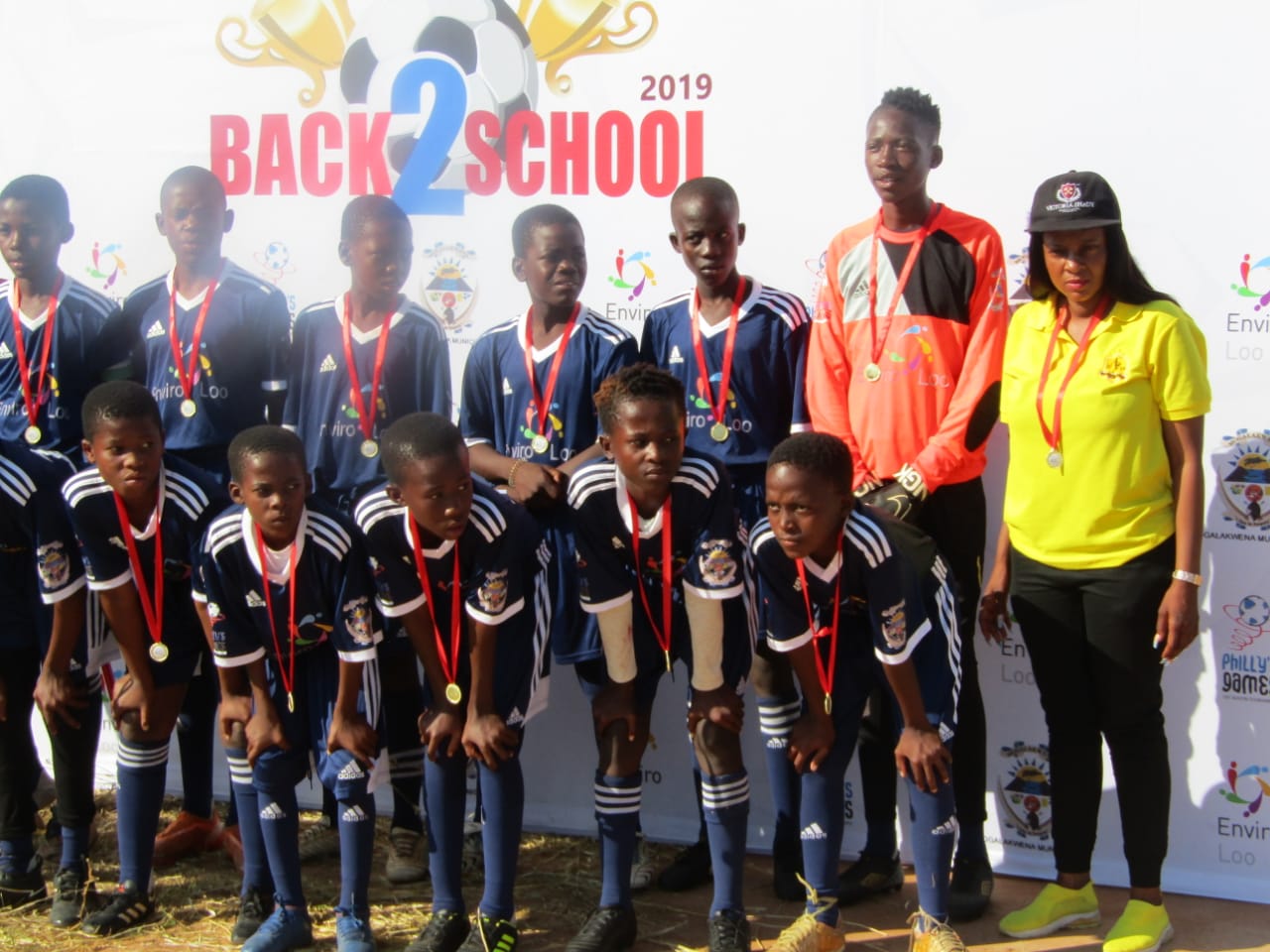 Festive tournaments in South Africa are known for unearthing raw talent from the most remote areas and organisers of the Phyllis Games Back to School are happy to expose not just players.

The tournament which was held in Mokopane from 2-5 April this year saw a female coach Thabiso Moumakwe shine in two categories, the Under-13 and Under-17 age groups.

Her teams were in the respective age group categories finals and won the U13 division. Moumakwe told iDiski Times that her teams participate in a lot of festive development and she has been doing that for two years. The coach is product of the School of Excellence but as a netball player however realised she couldn’t make a life from the sport then she switched to coach football.

“I went to the School of Excellence I believe that’s where my passion and love for football started. I was playing netball and yes I switched to football which I didn’t even play at all. I played netball and I realised it’s something you cannot make a career out of. I played netball in different levels including the provincial team and I saw it cannot help you to eradicate poverty. So I switched to help develop young boys to have a future in football and make a living out of it” said Moumakwe.

During the two year stint as a coach she has produced at least two players who are playing for Tshakhuma Tsha Madzivhandila (TTM) development side and she dreams of coaching in the Premier Soccer League (PSL) one day.

“The players I have produced are with TTM currently in the DSTV Diski Challenge Mpho Marakalala and David Mpyatona and I’m expecting to see them in action when the development league resumes. Ultimately I’m aiming for the PSL and I want to start from the Local Football Association (LFA) and I want to work for it” added Moumakwe.

The 35 year old knows that she is just as good as her male counterparts and it pleases her that she is able to defeat them especially without a big technical support.

The coach says she opted to coach boys because they are the most vulnerable to social ills and drug abuse in her community adding that the work she does with them helps keep the boys off the street. Moumakwe says there needs to be more festive and development tournaments to expose players to different types of styles of football and help improve the quality of their game. Moumakwe concludes by saying she is inspired by Banyana Banyana head coach Desiree Ellis and Kaizer Chiefs head Coach Gavin Hunt and ironically she is yet to get any coaching qualifications.

Meanwhile the Phyllis Games organiser Cameroon Mathebula says they are pleased to see women come up in the game as they also had female referees at the tournament who also did a great job.

Mngqithi – When He Scored, I Was Very Excited
Chippa Announce Eymael U-Turn Again