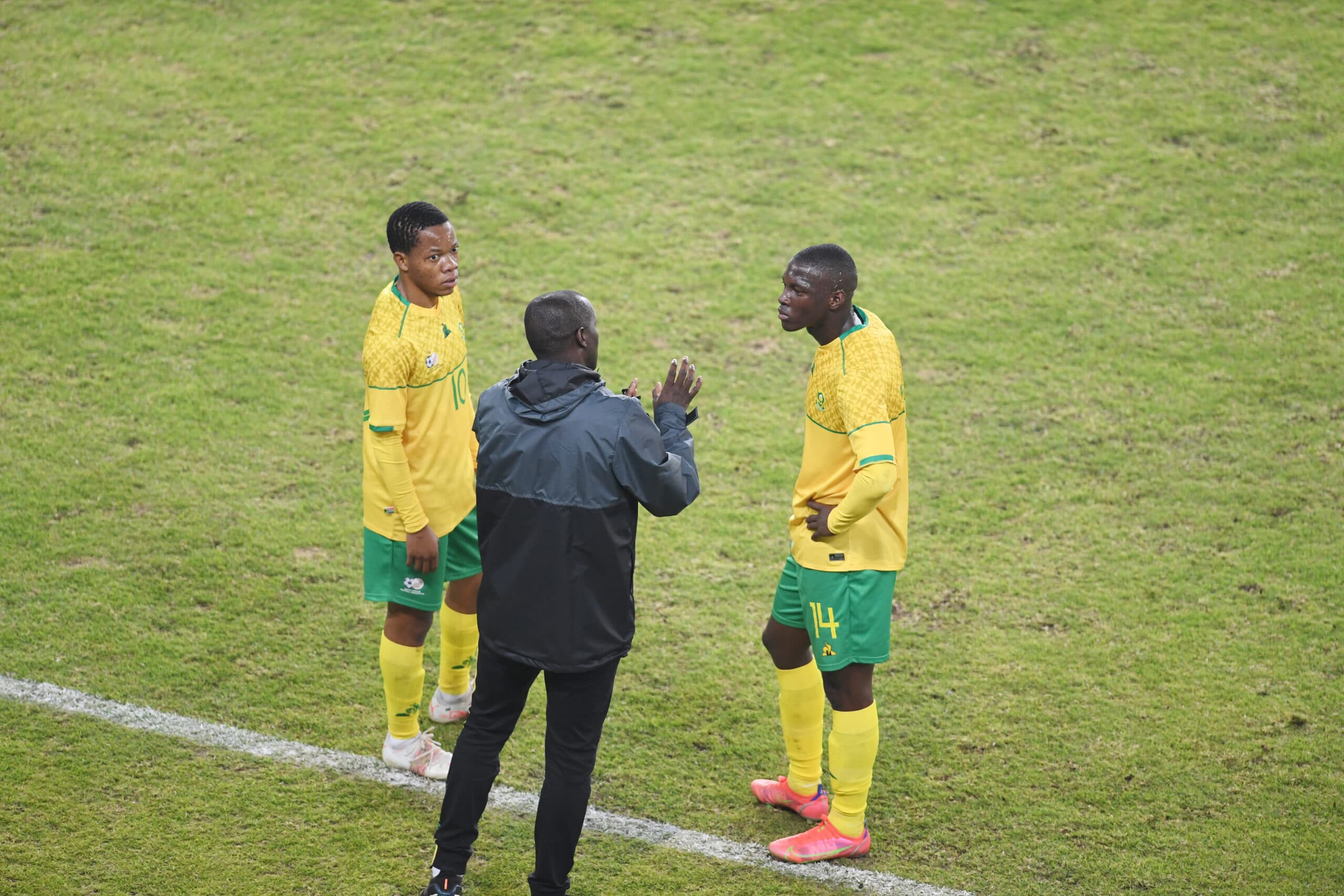 Bafana Bafana assistant coach Helman Mkhalele says that South Africa has the talent to become a force, not just in African football but in world football.

Mkhalele was speaking after Bafana beat Uganda in an international friendly on Thursday, where Bafana came from a goal down to beat the Cranes 3-2.

‘Midnight Express’ said South Africa has the talent, but it’s now about making the players believe in themselves.

“Going forward, we are also going to look at building fluid combinations right from the back, because you could see, we played too many sideways passes and back passes unnecessarily,” Mkhalele said after the game.

“So once the boys start to understand our philosophy, I believe that we are going to build a very strong team that will be competitive, not only in African football, even in the world football, because South Africa has the talent.

“It has the talent, we have seen it, a number of players that we draw, but with the type of attitude that these boys displayed. And we’ll try to make sure that we work on the mental part.

“So that is what basically we work on during this camp, working more on making these players to believe in themselves and believe that to wear the Bafana Bafana jersey, to wear the emblem of their country, it means you can go out there and die when you’re on the field.

“So that is what today demonstrated, second half, so I’m so proud of them.”

Mkhalele also revealed that he was humbled to be allowed to guide the team against Uganda after head coach Hugo Broos had to be in Belgium for his Covid-19 vaccine and Cedomir Janevski tested positive in camp.

“Ja, I’m so proud for them as well, the entire technical team, the medical staff, the supporting staff, the management of SAFA as well to be there to give me the support, and more especially after Coach Cedo couldn’t be with us, they gave me the assurity, the support that I needed, to feel more comfortable, and be in control of the team,” he added.

“Ja, I’m so proud of that. And also, as I’ve said earlier, that I’m so proud of also that coach Hugo Broos, he allowed me to come and work with him so that I can share my expertise in relation to South African football.”

Makgopa – I Like Zlatan
Davids – I Was Always Ready