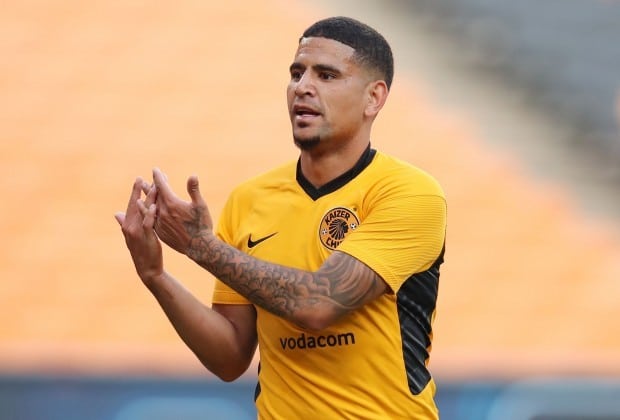 Kaizer Chiefs winger Keagan Dolly has downplayed his goal-scoring form since returning to the DStv Premiership this season.

Dolly, 28, returned to South African football with Chiefs in the off-season after four injury-hit years with Ligue 1 outfit Montpellier.

While he only netted one goal during his time in France, his first ten games with Amakhosi yielded fives as he now ranks amongst the leading scorers in the division.

But the South Africa international says he’s unconcerned about his individual statistics right now as the team looks to graft their way up the table, starting with their upcoming clash against AmaZulu on Wednesday.

“My scoring boots, I think… for me it’s not about scoring week in week out, it’s about trying to do my best on the day to help the team win,” he told the club’s media department.

“That’s exactly what happened against Martibzurg, I think we have a lot of quality players in the team and on the day, anyone can score. I’m just happy to do my part to help the team win on the day.

“Hopefully in the next few games I can continue creating chances for the team and maybe get one or two goals for myself – but overall it’s about the team effort, not about myself and where we want to be at the end of the season.”

Chiefs are currently in sixth-place and will host Benni McCarthy’s eighth-placed Usuthu at the FNB Stadium tomorrow at 17h30.