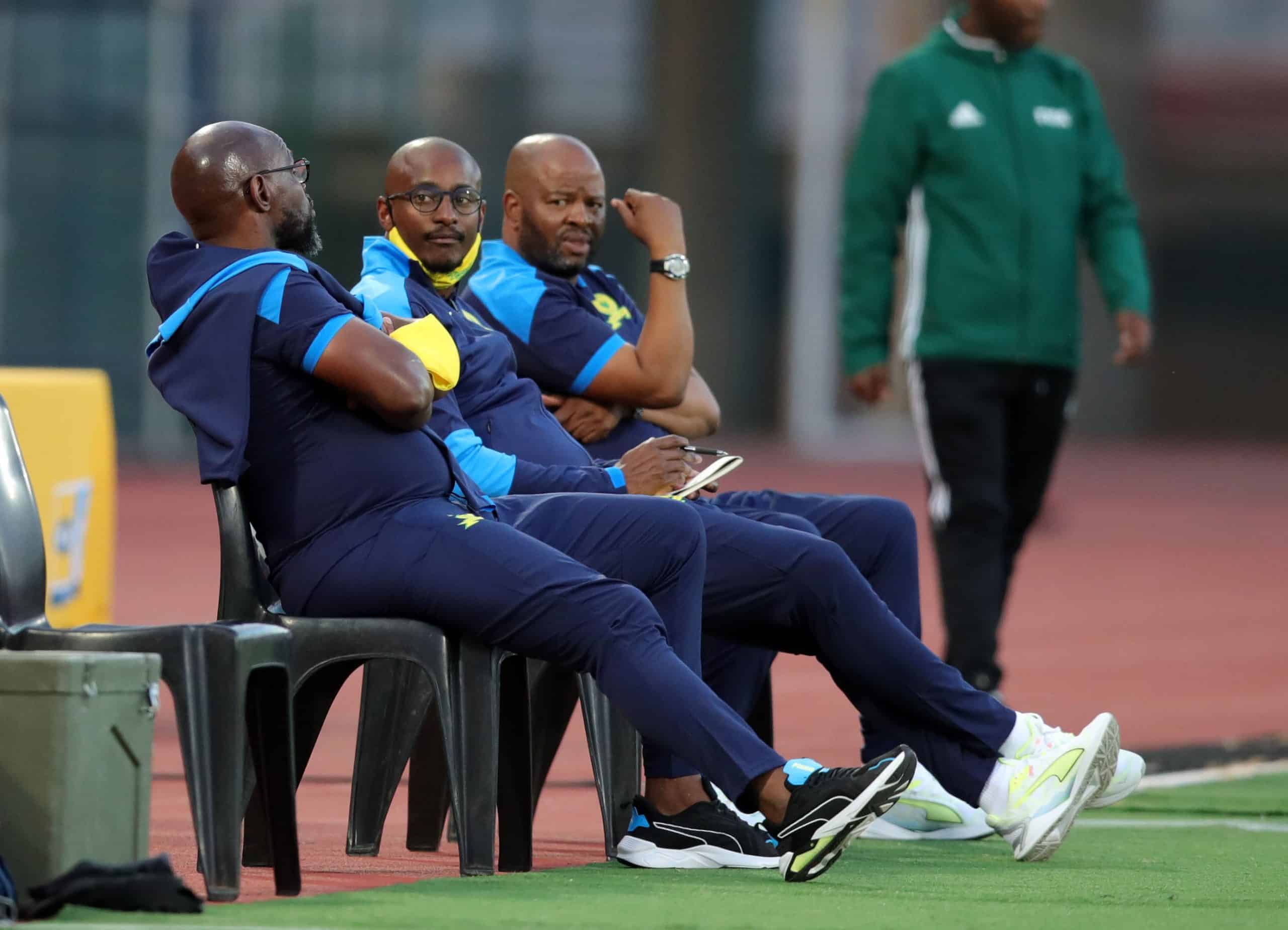 Rulani Mokwena was asked to explain the roles of the three Mamelodi Sundowns coaches after the recent fallout within the technical team.

The 35-year-old had confirmed last week that there had been a fallout, involving Manqoba Mnquithi but insisted the issue had been put to bed long before the game against Kaizer Chiefs.

Mokwena speaking to Thabiso Mosia on SAFM and was asked about he roles of the three coaches, opting to praise his Masandawana colleagues.

“We are professionals, we work for the club, we put the club first, we are honoured to be put in a position where we had to assume the leadership responsibilities. That comes with not just blessings, but also burdens,” he said.

“And of course, when you have three top coaches in their own right, who could be coaching, any club in the league – I mean coach Manqoba is a top coach, coach Steve is a top coach and could be a head coach anywhere, in his own the right.

“Of course, when we come together, we agree on most things but like any other relationship, there is one or two disagreements, but that’s always because we put the club first and we want to give our best to this amazing football club.”

Mokwena was also asked whether he was worried the players would be distracted by the news around the fallout, but insisted it wasn’t even an issue anymore inside the club.

“No we didn’t because the issue was an old issue. It’s just that the elephant was moved out of the room from a public perspective,” he added.

“This was an old issue and the players knew we were done. We were just focussed on football and winning football matches and that’s what we try to continue to do.”

Downs next face TS Galaxy in the DStv Premiership on Sunday.