Ncobo – The Ref Was Biased Against Bafana 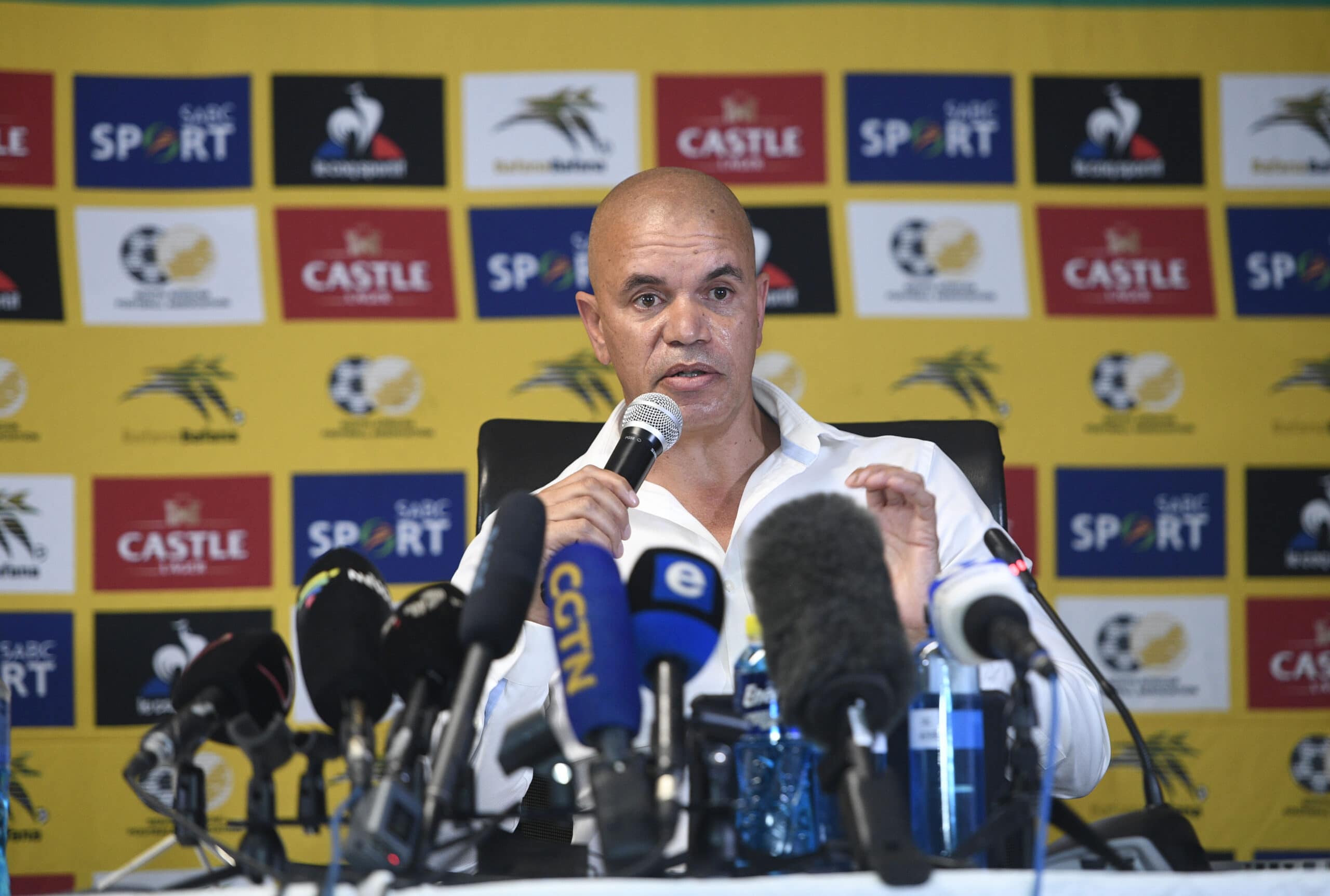 Ace Ncobo, who conducted the independent report on the match officiating for SAFA’s report to FIFA on the Ghana-Bafana Bafana match, is confident SAFA have a strong case of ‘match manipulation’.

Ncobo went into detail about his analysis of the match referee Maguette Ndiaye’s at SAFA’s press conference on Wednesday, showing Ndiaye’s bias, saying 90.9% of incorrect decisions made in the 1-0 win by Ghana, were against one team.

SAFA have lodged a complaint to FIFA about the performance of the match officials, that saw Bafana’s World Cup dreams come to an end, as Ghana progressed on goals scored, after the two teams finished level on points and goal difference.

Ncobo concluded saying he is sure that when the report is reviewed by FIFA, they will rule in South Africa’s favour, as there was clear and evident bias from Ngiaye and his officiating team, including the rewarding of the penalty that ultimately gave Ghana the win.

“I also have a reputation to uphold, and I will never produce a report, in fact, had the report produced something to this contrary, I wouldn’t be sitting here,” Ncobo told media at Wednesday’s press conference

“I would have told the President, ‘President I’m not supporting your submission to FIFA for the match to be replayed’. That’s just how I am.

“And it’s an independent conclusion that is arrived at without any kind of personal benefit. The CEO is here, I told him that this is my contribution to football as a member of the football fraternity, the number of hours I spent doing this has no financial value. So I cannot submit an invoice for the work that I have done. Because you’d have to bankrupt SAFA if I billed you the hundred million rands that this is valued at.

“So it’s a fully independent report and at the bottom, I do put a little bit of my profile there so that anybody, because we said we’ll make this report public, anybody who reads it must know that I’ve refereed at the highest level. I’ve been involved in FIFA international tournaments and World Cup qualifiers. I have spent the past nine years of my life in football analysing referee decisions. Nobody else in the world does what I do on a weekly basis. At least I can claim some level of uniqueness in that regard and some level of being an expert in what I do. Because you can be a match commissioner and a match inspector, that is an assessor… but reviewing television footage is a specialist skill that not many people can possess.

“There’s a former colleague of mine who went to SuperSport and asked for my job there. They put him on a test in front of the cameras. Okay, here’s a couple of incidents review this instance equal because you can be a good match Commissioner haven’t been very good referee award winning referee, but television is something else. And analyzing television content has got certain tricks of the trade that not everybody can possess.

“So, in conclusion, ladies and gentlemen, I want to reiterate the fact that any submission by the CEO of SAFA to FIFA will not necessarily be about the penalty, the submission is to say the referee in that match, collectively the match officials, displayed a deliberate pattern of bias against one of the teams and in so doing, they unlawfully influenced, manipulated the course of the match, which also impacted on the result.

“It cannot be that the custodian of fair play would then sit back and say, it is fine for such a high level of delivery bias to sustain, it is fine for a result, which is the outcome of deliberate bias to be the official result of that match.

“We are hoping that the powers that be at FIFA will also go through this report, conduct their own analysis, even if they dropped that 91% bias to 70%, as I said earlier, that is still extreme bias against one team and they should find in favour or the South African Football Association in terms of its request to have the match replayed.”