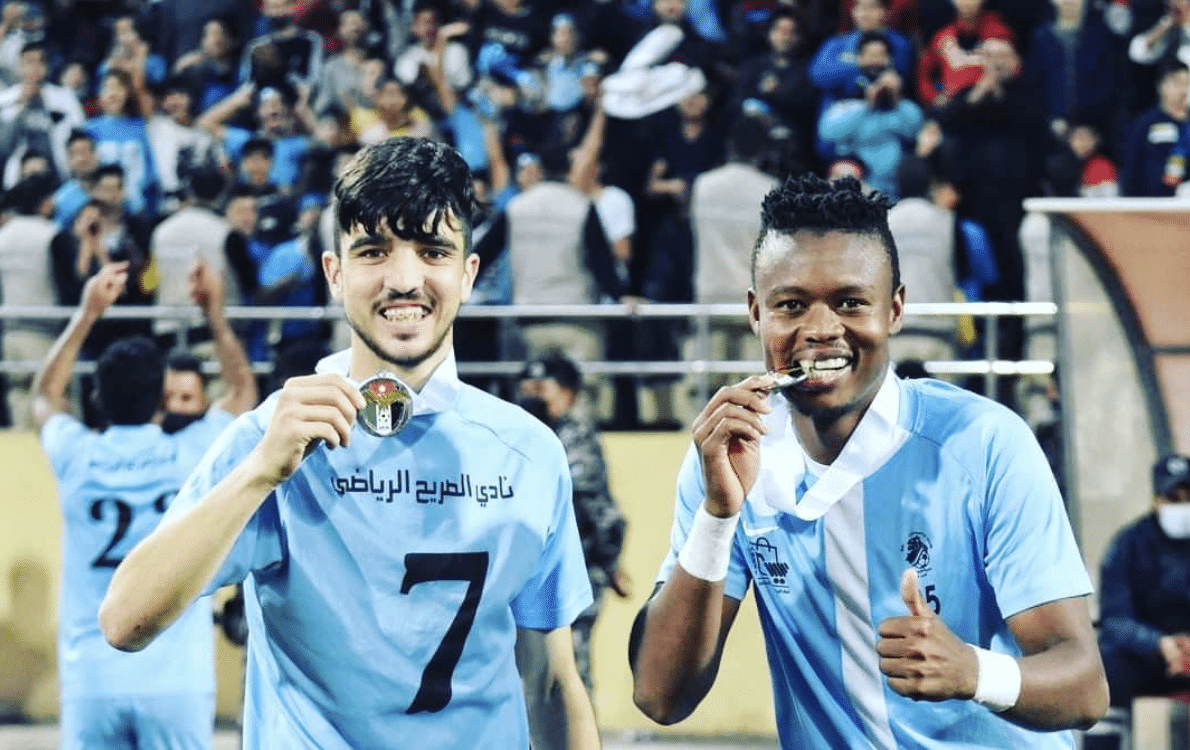 The 29-year-old is fondly remembered for his stint in the Varsity Football when he won the Golden Boot honour with Tshwane University of Technology – where interest abroad shortly followed.

Serame went on to feature at the World Student Games in Tapei, China in 2017 to represent South Africa where he was spotted by several scouts alongside his former teammate.

But after impressing on a two-week assessment in Jordan withAl-Sareeh SC, he was forced to return home and made to wait due to their foreign quota spots being filled.

“When we came back I joined M Tigers in the ABC Motsepe League, I only had one season there and after that, I joined two other teams in the Motsepe League,” Serame tells iDiski Times.

“In late last year around November my representative Colin Baggio, secured a two-week assessment for me and another former teammate.

“Unfortunately the team got relegated, I stayed in SA for a couple of months and that’s when I joined the team in Tembisa with Tembisa Hollywood Thunder – under Jerry Sikohosana.

“They called me back around August and unfortunately I was the only one who received the call back to join the team.”

Serame says the experience of Asian football has been enjoyable and surprising at the same time as he’s received love from the supporters to the management of the squad.

“Since I’ve got here, I’ve never felt any space of me missing my family – obviously, I would but not in a bad way. I’ve never been treated badly, is what I’m trying to say. I enjoy being a foreigner in Jordan,” he explained.

“My teammates, supporters and management, I’ve enjoyed. Hearting people shout your name in stadiums – is what I’ve experienced this side. Maybe because of the good things I do for them on the field of play.

“The experience is good, you know going away from home there are things you need to forget about, be strong and have the mentality of fighting for what you want and achieving your goals.

“I’m very proud to have been a good addition to the team and I brought something different to Jordanian football, the South African flair. I’m also learning things I couldn’t learn in South Africa.

“Now what I have is the flair of South Africa mixed with the Jordanian style, trust me my friend in a few years time I’ll transform into something. I played 12 games, scored five goals and three assists which I’m proud of since it was my first season.”