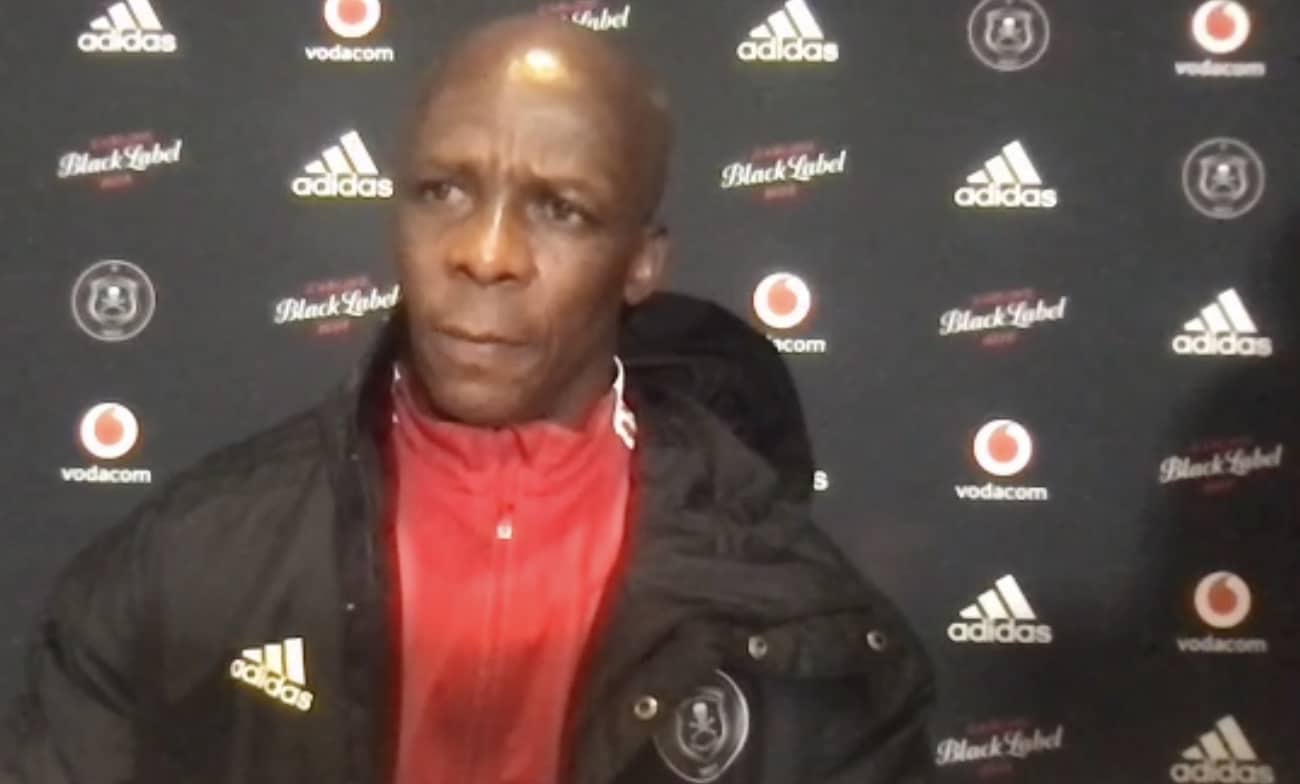 After Rulani Mokwena spoke out against Bafana Bafana, Mandla Ncikazi has also hit a similar tune about problems in communication between Orlando Pirates and the national team.

The 52-year-old addressed local media ahead of Pirates CAF Confederations clash with Diables Noirs and expressed his dissatisfaction with how the Goodman Mosele issue was handled by coach Hugo Broos.

In addition, Ncikazi also spoke about the situation of Tshegofatso Mabasa, who joined the national team in fine form but was dropped after 35 minutes in the match in Ethiopia and has since not found the back of the net again.

“To be blunt, I wish there could be better communication from national coaches and coaches in the PSL,” he said when asked about Mabasa by iDiski Times.

“But honestly it’s not at the best. I don’t know the reasons.

“If maybe there a contact about Mabasa, who is a good player, how he plays, what are his strengths, what are his weaknesses, then maybe they would understand better how the club uses him.

“But for the lack of that, it puts us where we are. (Vincent) Pule in the national team got injured. Maybe (with) better communication, some things could’ve been avoided.

“I’m not here to lambast, maybe the other party but I’m speaking the truth. Some of the things I wish they could’ve done better.”

Ncikazi, though, insisted that he still believes the Bucs striker will return to scoring ways.

“Mabasa is very good in certain areas, like all players, he’s got weaknesses. Maybe a better communicated scenario would’ve made him perform better,” he continued.

“The coach gave his reasons of what he wanted from him, but maybe where I’m sitting I would’ve done things differently.

“For one, we have spoken to him, he’s still our best player, our best striker and we still going to continue using him and I hope maybe with a better understanding when he goes back into the setup he will be more useful for the national team.”

When later in the press conference asked whether he personally had any call from Broos so far, Ncikazi further explained why better communication between the club coaches and the national team are needed.

“The issue of communication between coaches and the national team, I don’t want to repeat what has been said by other coaches,” he added.

“For the fact of the problems that other coaches are mentioning that are (also) happening at our club with the national team, it just shows that something is not done correctly.

“I’ll use an example of the previous coach from where I was, I’ve met him, I’ve met him personally, he came to training, to see our team training. He discussed (things) with the technical team, he addressed the team on his expectation.

“The previous coach, who was there. I would’ve expected that the same would continue but to be honest, it has not happened for whatever reason. So it becomes very difficult, it’s a mutual connection, I’ve tried to communicate with some members, but it should not be done this way, it should not be done in isolation, where one coach from one club must try and connect with the (Bafana) coach. The structure must inform what are the exceptions of the national coach from (PSL) coaches and I think it’s an era that is to be ironed out and it will lessen the problems that we have currently in terms of injuries of players.

“Understanding and communication between the two parties will help the national team, will also help the clubs. So that when our players come back from the national team, they are still useful for the team and I think that is important but it’s not happening currently.”