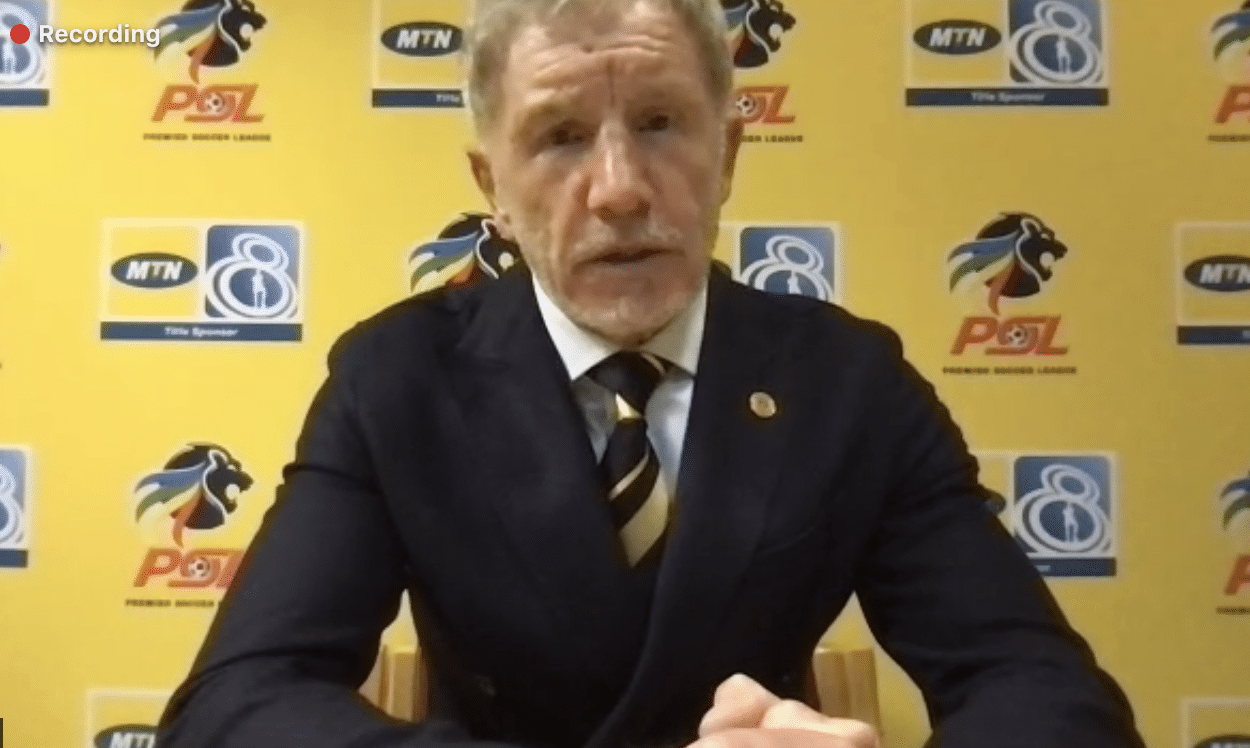 Amakhosi are now three games without a victory after drawing 0-0 with Gallants on Sunday.

Chiefs have only picked up five points from their opening five games, leaving Baxter disappointed once more on Sunday.

“I think it was a very difficult game for either team to make any headway. As I said before the game, set-plays was a way to win the game,” Baxter told SuperSport tv after the match.

“Bernard came on and gave us a little bit extra. We arrived at the box a little bit more. We played better, but as you say clear cut chances, difficult one.

Baxter, though, did feel like it was an improved performance in comparison to their 4-1 defeat to Royal AM.

“Tonight, in the second half, I think we made a bit more progress. We were a bit more solid at the back, apart from a few set-plays, where really Daniel has helped us put, the way their keeper helped them out,” he added.

“We played more like the way we can play, if we’re going to start winning games, the longer the game went on. Our possession got sharper, our backline got higher and braver. We’ve got balls in their box, we were threatening.

“Whereas, I thought for long periods against Royal we weren’t threatening. So in that respect, small progress, but we still want to win games. We don’t play (for) 0-0.”